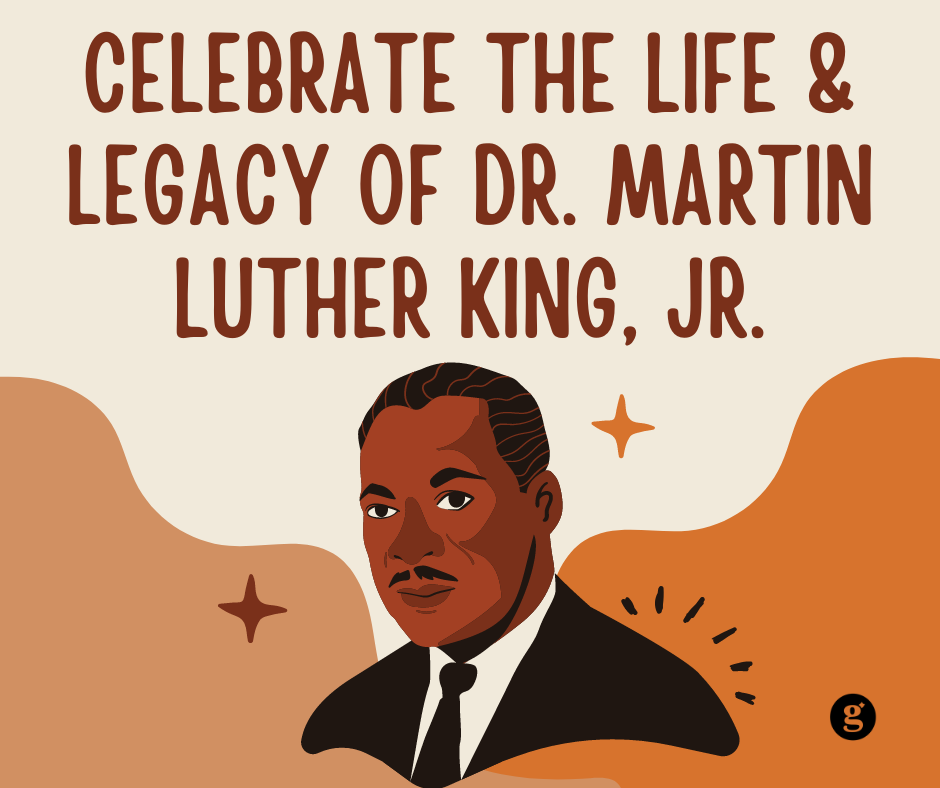 The Grayslake Library will be OPEN on Martin Luther King Jr. Day, this January 16th. Come in and browse our selection of books and other media titles about King’s life and the Civil Rights movement, as well as fiction that takes place during the era.

The defense lawyer of Martin Luther King Jr., Fred Gray, works with author Dan Abrams to piece together the history of the trial that turned King into a national hero.

This historical drama film highlights King’s struggle to secure voting rights for all people and the historic march from Selma to Montgomery, Alabama, in 1965 in the face of violent opposition.

This documentary explores the FBI's surveillance and harassment of Martin Luther King, Jr., based on declassified documents and incorporating archival footage.

I Have a Dream

This book goes over King’s historic “I have a dream” speech in a way that introduces the speech and the Civil Rights movement to younger readers.

Martin & Mahalia: His Words, Her Song

This book follows the struggles a young Stella faces in her segregated North Carolina town, focusing on her bravery and resolve.

Under the leadership of Dr. Martin Luther King, children and teenagers marched against segregation in Birmingham, Alabama, in 1963.

Popular posts from this blog 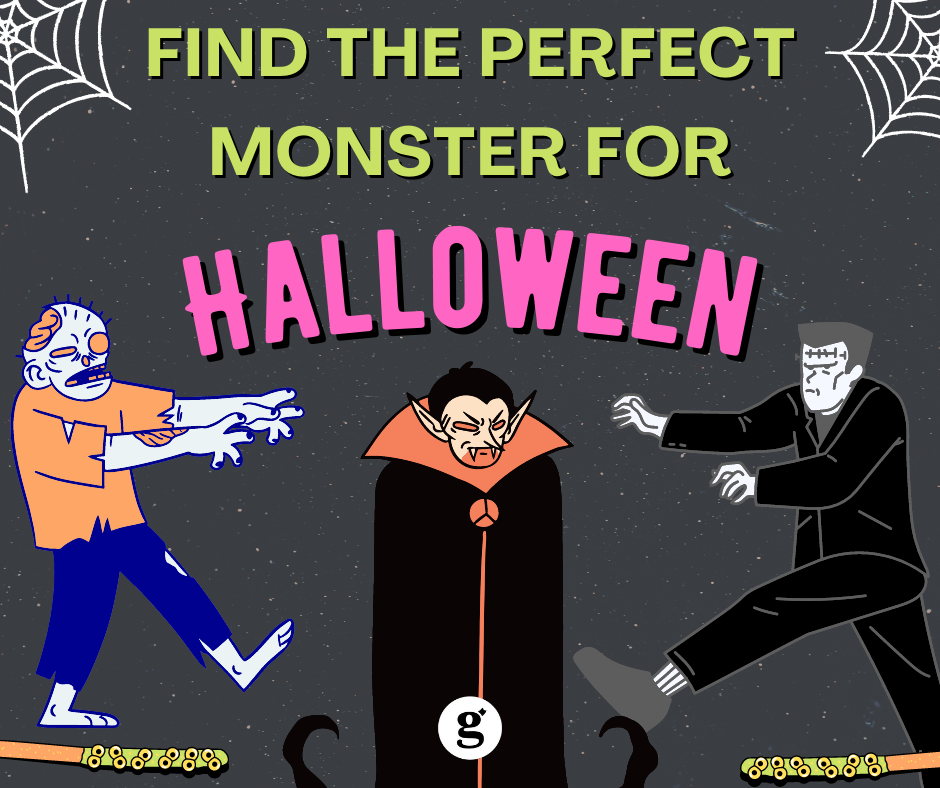 Halloween is right around the corner, and what better way to celebrate than by enjoying a good, spooky story? This Thursday, October 6th, at 7:00pm , adults and teens are invited to join author William Pack for some Ghostly Tales (register here ). If you’re looking for more, we here at the Grayslake Area Library are happy to recommend titles featuring classic monsters for all ages! Frankenstein for Kids: Frankenstein (A Monstrous Parody) by Rick Walton What is the Story of Frankenstein? by Sheila Keenan Frankenslime by Joy Keller Frankenstein for Teens: The Dark Descent of Elizabeth Frankenstein by Kiersten White Frankenstein for Adults: Frankenstein, or, the Modern Prometheus by Mary Shelley Vampires for Kids: Bunnicula by Deborah Howe Vampirina Ballerina by Anne Marie Pace I Love My Fangs! by Kelly Leigh Miller Vampires for Teens: The Beautiful by Renée Ahdieh Vampires for Adults: Interview with the Vampire by Anne Rice Zombies for Kids: The Last Kids on Earth by Max Brallier Zom
Read more 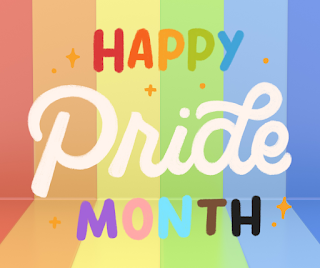 It’s June, and that means it’s time to celebrate Pride Month, held every year in honor of the Stonewall riots of 1969. These early protests by the LGBTQ+ community were instrumental in shaping the history of Pride in the US, and across the world. Whether you’re looking to learn more about the movement, or you just want to enjoy books and other media that are created by queer voices, we are happy to supplement your Pride Month with these titles and more. For younger readers, there are several titles that can introduce them to the movement. Stonewall: A Building. An Uprising. A Revolution by Rob Sanders is a good telling of the story that introduces readers to the people instrumental in the riots. Pride: The Story of Harvey Milk and the Rainbow Flag , also by Rob Sanders, goes into the history of the now iconic rainbow flag. For adults, there is a wide array of fiction titles that you can read to celebrate LGBTQ+ people. Might we suggest the book Detransition, Baby by Torrey Peters,
Read more 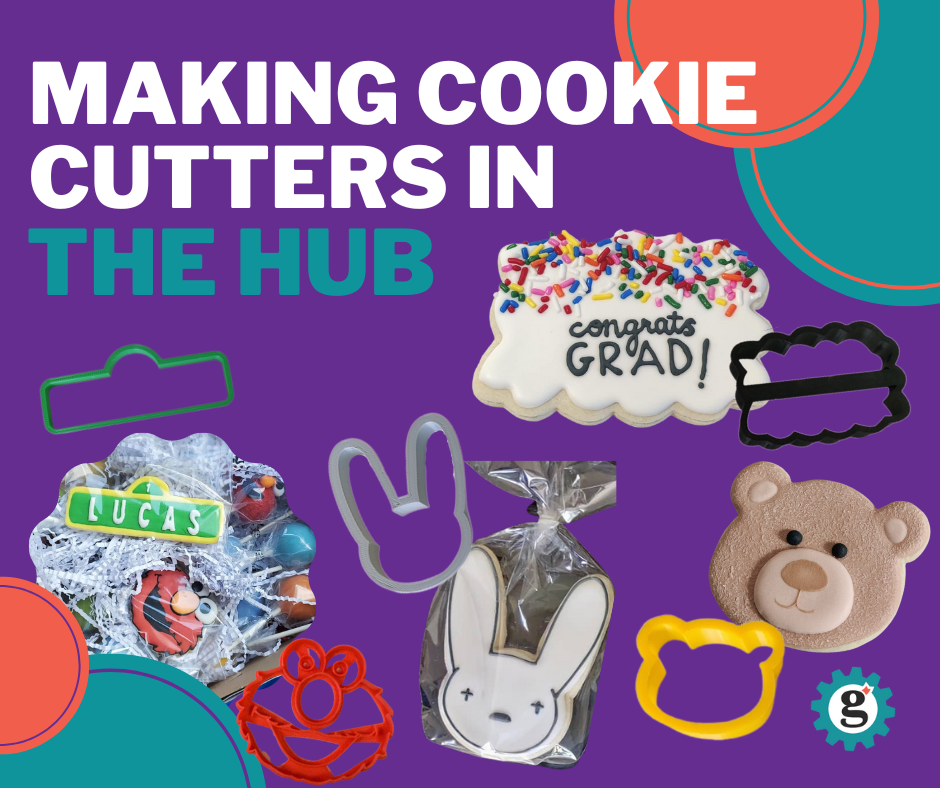 Elisabet M. enjoys making special custom-decorated cookies for her family and friends.  However, she realized how time-consuming it was for her to hand-cut card stock to make the special shapes.  Elisabet was familiar with The Hub’s 3D Printer from taking her children to Hub classes, asked the staff for help, and soon made her own custom cookie cutters! “The staff helped me understand the steps to use the 3D Printer and told me about Thingiverse.com where I found 3D designs of cookie cutters in the shapes I needed.  Their help made it very easy to make my own cookie cutters,” said Elisabet.  “Making my own cookie cutters is fun and also saves me money and time,” said Elisabet.  “It would cost at least $10 for one cookie cutter from a specialty website and might take weeks to arrive, but in The Hub, I can get them in a much shorter time.” Next, Elisabet explored designing stencils on the Silhouette Cameo to personalize the icing and decorations for her cookies.  Again the staff led he
Read more